After the long slumber (December till April), the vines awake into the budburst stage with the two ‘buds’, created by pruning the previous winter, erupting into new growth. Sensitive to cold temperature the new growth is in jeopardy until mid May when the frost threat ends. The rest of the vineyard awakens as well with the vine row’s cover crop (composed of clovers, vetch, bromes and rye grass) flowering and greening. The budburst quickly becomes “shoot development” which by May shows considerable growth. At this time, the small clusters of future grapes form at the base of each new cane, and continue to mature until they blossom with minute white filaments allowing self pollination. This is a critical time as the blossom can be affected by rain, wind, and temperature, thus impacting the ultimate grape cluster. Further, next year’s crop is already forming in the special buds hidden deep in this new growth, which makes this period all the more important. Spring is present, future and nerve racking. 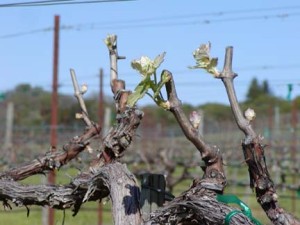 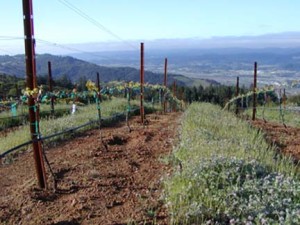 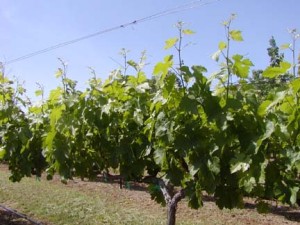 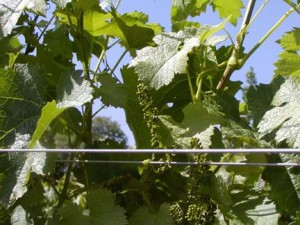